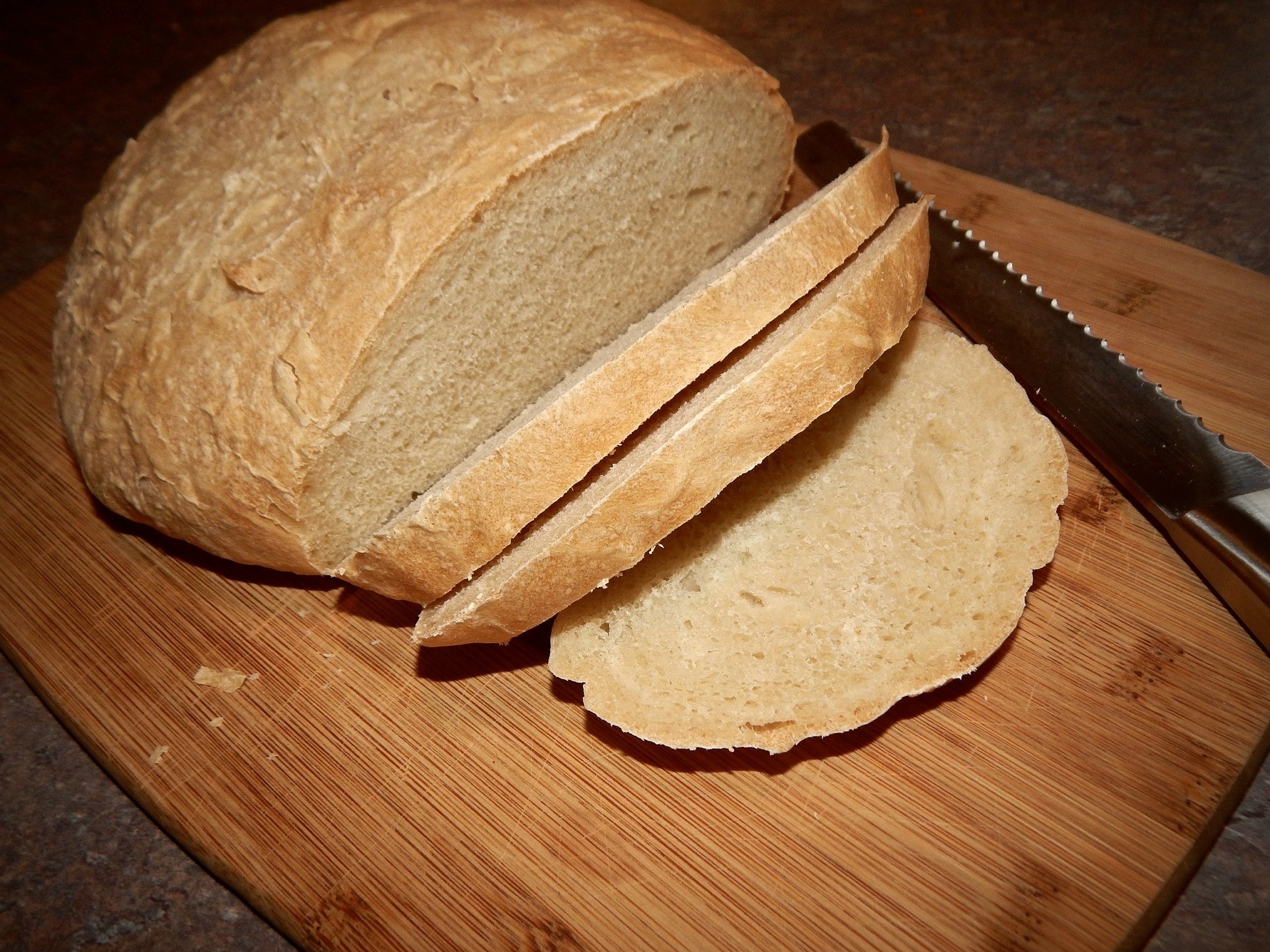 Walk into the local grocery store and you’re likely to find an array of products with the words “gluten-free” splashed across the label. Everything from cereal to frozen pizza to pasta — even water — is getting the gluten-free treatment. Restaurants offering gluten-free menu items are plentiful, as are food-delivery services catering to the diet.

The demand for gluten-free food is greater than ever before, and growing. In 2006, U.S. sales of gluten-free foods were less than $1 billion. Ten years later, gluten-free retail sales were projected to surpass $15 billion.

And yet, in the United States, only 4 percent of the population needs to avoid eating gluten for health reasons. They are either part of the approximately 1 percent diagnosed with the autoimmune disorder celiac disease, or part of the 3 percent who experience a gluten or wheat sensitivity, largely undiagnosed.

For the remaining 96 percent of the population, eliminating gluten from their diet offers no known health benefits. This is according to various health experts interviewed for this story in addition to the larger community of health professionals. Despite that, 30 percent of Americans said they were cutting down or avoiding gluten altogether, according to a 2013 survey by NPD Group.

While the general perception is that a gluten-free diet is good for your health, recent research has shown that it may not actually be. Gluten-free diets have been associated with deficiencies in iron, calcium and fiber, as well as adverse effects on gut health for those without celiac disease or gluten sensitivity. Why, then, are so many people jumping on the bandwagon?

In an effort to understand the gluten-free phenomenon, ASU Now spoke with three Arizona State University professors who have studied the diet. They offer their observations on the nutritional value of going gluten-free, the food industry’s reaction to the craze and the psychology behind why so many people have adopted the diet.

The science of gluten Gluten is a protein found in grains such as wheat, rye and barley. For the majority of the population, gluten consumption is fairly benign. But celiac disease and gluten sensitivity can be debilitating illnesses, and those diagnosed can treat them only by strictly adhering to a gluten-free diet.

For the general population, however, going gluten-free amounts to very little.

“There is no clear evidence that avoiding gluten offers any health benefits for the majority of the population,” said Carol Johnston, professor and associate director of the nutrition program in the ASU College of Health Solutions. In fact, Johnston noted, eliminating gluten could lead to unintended health consequences for those without a gluten sensitivity.

Johnston recently studied how blood-sugar levels in healthy adults are affected by eating various gluten-free products as compared with their gluten-full alternatives. She found that adults who consumed gluten-free corn and rice pasta experienced a significant post-meal spike in blood sugar not seen in adults who ate traditional wheat pasta.

Yet when the test was replicated using gluten-free and gluten-full granola bars, the results were reversed: the gluten-free foods produced lower glucose levels.

“There are many versions of gluten-free products, and we need to better understand which substitute ingredients contribute to elevated glucose levels,” Johnston said. Twenty years ago, the options for buying gluten-free food were limited to select small, natural food stores. As the demand for gluten-free products grew over time, large retailers took notice and began stocking their shelves with more gluten-free offerings. Today countless grocery stores, both large and small, are catering to consumers hungry for gluten-free options.

Lauren Chenarides, assistant professor in the Morrison School of Agribusiness in the W. P. Carey School of Business, analyzes trends in food retailer competition, market concentration and marketing strategies. She said the money-making potential of gluten-free products is too great for food suppliers to ignore.

“They don’t want to miss out on the market,” she said, which is projected to continue its upward trajectory both in the United States and internationally. Gluten-free products often come with a higher price tag, but for those with celiac disease or gluten sensitivity, “if that’s all they can eat, they won’t be as price sensitive,” said Chenarides.

To understand what differentiates this diet trend from others, Chenarides looks to where it all began.

“It’s one of the only diet trends that started from a diagnosis,” she said. The association of a gluten-free diet as treatment prescribed by a doctor may give it more credence than other diets, she said.

Chenarides also points to the power of celebrity endorsement in sparking the gluten-free trend. Personalities including Gwyneth Paltrow, Miley Cyrus and Kourtney Kardashian, to name a few, have publicly espoused a gluten-free diet. In 2015, Beyoncé and Jay-Z launched an entirely gluten-free meal-delivery service inspired by their personal experiences.

“We hear from a celebrity that something is good or bad, and that shifts demand,” Chenarides said. “If a supplier doesn’t meet that demand, they have the potential to lose profits.”

While small-scale natural grocers continue to offer gluten-free products, it is larger, more established businesses that are seeing the biggest profits, she said. They are capitalizing on their advanced distribution networks, relationships with wholesalers and existing infrastructure to offer gluten-free products at a lower cost. This gives them an advantage in meeting the growing demand.

And as more people adopt a gluten-free diet for its perceived health benefits, retailers are responding with less-expensive, more-nutritious and better-tasting options that will support the market’s continued growth.

Jumping on the gluten-free bandwagon Ask someone without celiac disease or gluten sensitivity why they’ve gone gluten-free, and you’ll likely get one of three answers, said Glenn Gaesser, professor in the School of Nutrition and Health Promotion in the College of Health Solutions: “They either want to improve their digestive health, eat healthier or lose weight.”

Unfortunately, said Gaesser, “there is no evidence to support that going gluten-free does any of this.”

As for the future of the gluten-free diet trend, Gaesser doesn’t expect it to last, despite the market’s growth. If people are purchasing gluten-free products for their perceived weight-loss or health benefits, they may find themselves disappointed, he said.

As he sees it, the gluten-free diet is simply the latest in a long line of diet trends marketed to people searching for a quick fix.

“In the long term, they won’t get the desired results, and they will stop buying gluten-free products because they are more expensive and they don’t taste as good as the original product they are replacing,” Gaesser said.

Certainly, there are people without celiac disease or gluten sensitivity who say going gluten-free has made them feel better. Gaesser explains that this is likely due to the elimination of another molecule often found in gluten-full foods: FODMAPs. These fermentable carbohydrates are poorly absorbed in the small intestine and have been associated with digestive symptoms like gas, bloating, constipation and stomach pain. While it may appear that the elimination of gluten has caused a person to feel better, it may have actually been FODMAPs that made the difference.

“Americans are always looking for ways to feel better, to look better,” Gaesser said. “The whole beauty business for women is based on the premise that women are too fat, too ugly, have lousy skin, hair, whatever.”

Glowing skin, improved mood, elevated energy levels and weight loss are just a few of the benefits touted by gluten-free enthusiasts. And for those suffering from a gluten allergy or sensitivity, the outcomes promised may be right on the mark.

But for everyone else, said Gaesser, the explanation for why they might feel better going gluten-free is similar to any other nutritional strategy that has been hawked.

“If you tell someone that this is the problem and if you get rid of it you’ll feel better, they likely will feel better,” he said.

In short, the gluten-free diet’s global rise in popularity is due to influential endorsements, clever marketing and wishful thinking, rather than scientific backing.

“It’s the placebo effect,” Gaesser said. “But no one likes to hear that.”