I sit at my desk staring at this cheeky big red button that reads, “To boldly go where everyone else has gone before” and marvel at the common themes that seem to weave through my career. This particular tchotchke is a relic of my days working in disability support services and refers to the fight for accessibility and mobility for individuals who have disabilities. I love it because it is a bold [even galactic?] statement, but almost comically mundane and indisputable at the same time. I keep it pinned to my corkboard everywhere I go because, as a generalist and project manager-type professional, I often need to remind myself what principles and values guide my career path and thread together my seemingly disparate intellectual pursuits. Accessibility and equity are chief among them.

My own brother uses a wheelchair, having been born with Spina Bifida at birth. During the 80’s when people with disabilities were still thought of as a burden, my family advocated for disability rights by raising money and awareness about the value of differences in abilities. Similar fundraising and legislative advocacy efforts all around the country ultimately resulted in the signing of the Americans with Disabilities Act during the George H. W. Bush’s administration. As an adult, I intuitively understood the purpose and value of inclusiveness – accommodating differences allows more people to contribute which benefits everyone. It’s an investment in a more robust society, not a handout at the expense of the advantaged. After college, I worked as a case manager coordinating support services so that people with disabilities could live as independently as possible in their chosen homes and communities, all the while learning what subtle (and not-so-subtle)  obstacles exist to prevent people like my smart, passionate, educated brother from participating.

I now work for ASU which unapologetically declares that we should be measured “not be whom we exclude, but rather whom we include.” This institutional philosophy runs contrary to most universities where the extent to which they are exclusive is used as a proxy to describe the quality of their institution and, supposedly, the desirability of the degrees they produce. Said differently, if more people earn a degree from the institution, the degree must have less value in the marketplace (i.e. The Law of Scarcity. Makes sense, right??). According to President Michael Crow’s vision for a New American University, however, ASU has an obligation as a public institution to serve as many constituents as possible.  Indeed, the now 15-year experiment in question argues that it not only should be done, but that it can be done without sacrificing the quality of education and research it produces. ASU’s consecutive ranking as #1 in Innovation and, this year, #10 in graduate hirability, suggests that this vision for education equity and access is possible and the effort worthwhile.

We see this faulty “zero-sum” thinking everywhere in political and social realms. Every job that goes to an immigrant is a job that would have otherwise gone to a hard-working citizen. Every dollar that gets invested in a social welfare program is useless to me if I do not require the assistance of those programs. I can only assume  some of this knee-jerk emotional rejection to invest in the success of others stems from our tribal past. As hunters and gatherers, limited resources meant that survival relied on maintaining a relative advantage over “outsiders”.  However, the age of technology allows us to enjoy more economies of scale than ever before, which permits greater inclusivity than ever before. That is not to say that competition does not exist, because of course it does. However, the underlying assumptions of our thinking certainly deserve an update to match the new circumstances of our shared humanity. Perhaps our continued survival even demands that we do so.

The “Curb Cut Effect” is described in this month’s Stanford Social Innovation Review as the positive externality of including more people. The term refers to actual sidewalk “curb cuts”, an innovation which was implemented throughout the 1970’s and 80’s, and required after the 1990 Americans with Disabilities Act. As it turned out, the invention was a net benefit to not only those with physical limitations, but everyone else, too. “When the wall of exclusion came down, everybody benefitted – not only people in wheelchairs. Parents pushing strollers headed straight for the curb cuts. So did  workers pushing heavy carts, business travelers wheeling luggage, even runners and skateboarders.” In design principles, this is referred to as “universal design”. The underpinnings of universal design suggest that developing a product or service that meets the needs of extreme user types will be a product that appeals to more users overall. Indeed, the curb cut or the ramp does not prohibit anyone who already had the ability to use the stairs.

ASU is working tirelessly to refine a universal university design that is accessible and inclusive, a design that can embrace and support students that were previously excluded – first generation students, older students, working students, low-income students, students from developing countries. When all of these groups receive an excellent education, we all benefit from a more educated populace.  How many more ground-breaking discoveries can we expect from the divergent thinking of differently-oriented minds? How many more start-ups will take off because we included people who are hungry for change? How many Nobel Peace Prize-winning theories will be formulated when we support the success of smart people from all walks of life? As a society, we stand to gain so much by diversifying and broadening our social investments. All we have to do is remove the obstacles and carve out a pathway in the sidewalk that gives more people the mobility to go where everyone else has gone before. 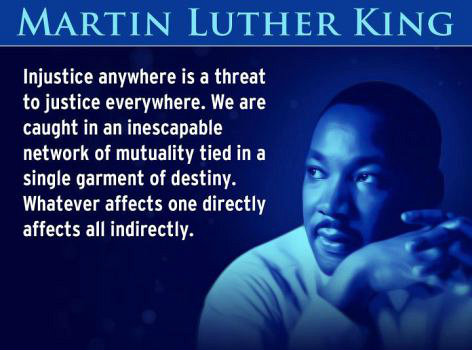